Due to the finance attributes of the blockchain, absence of government regulation, and stolen tokens are difficult to trace, the threat intelligence obtained by the blockchain development team is not complete, such as exchange, wallet, public chain, DApp, etc. Since the occlusion of intelligence, they are easy to form one by one Isolated Island. Once one of the project parties is attacked, the attack information cannot be notified to other project parties in time, which will cause the attacker to attack other projects one by one with a similar attack method. The occlusion of intelligence leads to a continuous amplification of losses that could have been avoided. In this context, the SlowMist Team has built BTI with more than a decade of experience in cybersecurity offensive and defensive experience and the experience of top global projects such as Exchanges, Wallets, and DApps covered by security services. The SlowMist Team builds a joint defense system that integrates security under the chain by integrating threat intelligence under the chain and through the power of community partners. With BTI (Blockchain Threat Intelligence), SlowMist’s customers and SlowMist Zone partners are able to perceive threat intelligence for blockchain ecology as quickly as possible. 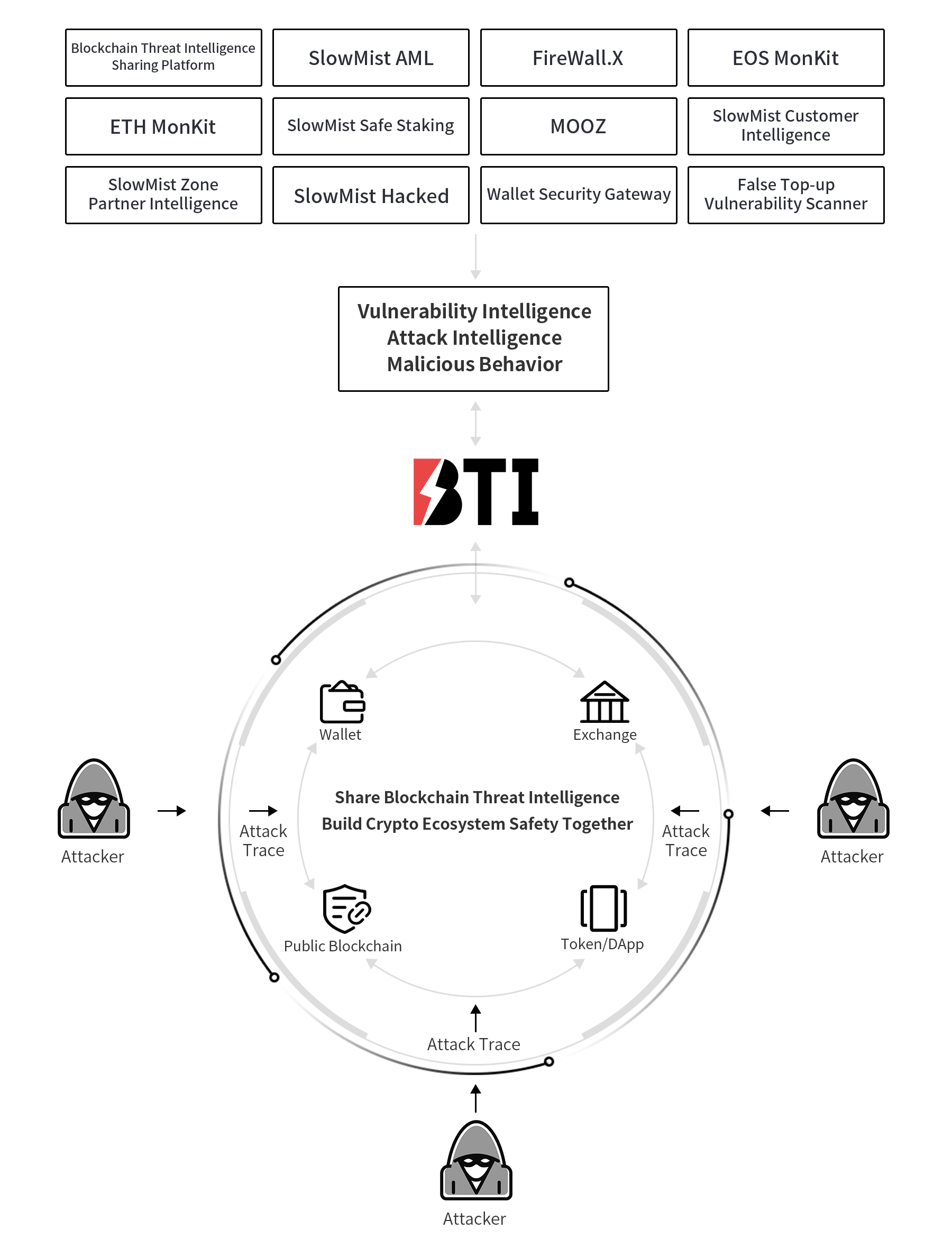